It was July of 2016. I arrived a little late at the Yule Love it Lavender Farm to attend a Detroit Working Writers interactive workshop led by Cynthia Harrison. Cynthia immediately captivated me with her storytelling as she talked about her days as a young loving bride who kept the house clean and orderly, and as a result of living this particular dream, she wrote in her book Your Words, Your Story, she’d lost the desire to plop her “bleeding heart between the covers of a notebook.”

Then one morning, she woke up to find out that the basement had flooded during the night. She called her husband at work and he promised to come “to the rescue” during his lunch hour. He brought down the water that had reached halfway up the stairs and told her to go through the boxes, to sterilize anything she wanted to keep with bleach and Lysol because the water had been sewer water and the place was now contaminated.

With yellow gloved hands, Cynthia started to open the boxes when she came across her journals – all soaked! She’d been writing diaries and filling notebooks with poems since she was 11 or 12 years old. She saw that they were ruined but grabbed the top notebook anyway. Although wet, the ink had only smeared, not completely disappeared.

Her husband was already on his way up the stairs when she said, “My poems! Mike! What should I do?”

He looked back down at her, but she could tell he was already thinking about work. “Throw them away,” he said, and then he left.

Although initially, she thought he was right, that she should get rid of it all as it had simply been a phase in her life, that she was done with the 10 years of recording her every agony, she did try to save her poems. She also came to realize how precious her talent was, ended up marrying someone who actually valued her writing life. Cynthia became quite a successful author who is represented by The Wild Rose Press and Amazon Encore. Earlier this week, her tenth book Lily White in Detroit was published. This book is about a private investigator, Lily White, and Detroit police detective Derrick Paxton. In a sometimes racially divided city, a black cop and a white PI work together to solve a complex double homicide. What they find leads them closer to danger, and to each other.

Cynthia has evidently had a wonderful career since she published her first award-winning book Your Words, Your Story in 2007. Back then, she was a creative writing teacher at Macomb Community College. The book came about when she couldn’t find a text that worked for her students so she decided to turn her college lecture notes into her first book. The print edition sold out but the book lives on, in an updated version, as a Kindle e-book. Though she is no longer teaching, her only non-fiction book continues to sell and has hit #1 on numerous Kindle lists over the years.

Everything after Your Words, Your Story has been a novel with strong female characters, which is her first love and what she tried to teach people to do in the first book. She has been blogging at http://www.cynthiaharrison.com since 2012, she writes full time, and loves to read novels, memoir, and spiritual self-help.

After the workshop at the lavender farm, the next time I saw Cynthia was at the Detroit Working Writers conference. Our author tables were next to each other. We quickly became friends because, despite our age difference, we had quite a bit in common. Both are prolific authors who are ambitious but always take the time to shine the spotlight on someone else, to help elevate careers, to create meaningful relationships and do some good in the world. 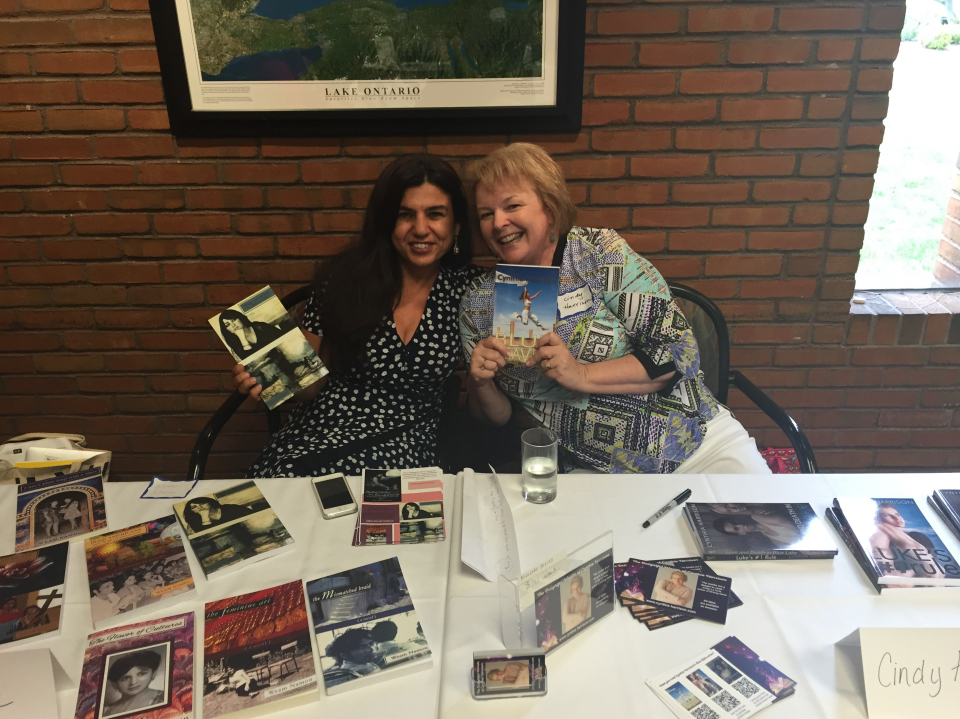 After reading my four-part memoir series, Healing Wisdom for a Wounded World: My Life-Changing Journey through a Shamanic School, she invited me to be keynote speaker for the Detroit Working Writers and nominated for vice president of DWW. That meant a great deal for me, and it still does because Cynthia is not just about being a writer, she’s about empowering and uplifting those who she comes in contact with.

Aside from writing, she, like me is in love with her family. Cynthia is married to the man of her dreams and they have two grown sons who have their own beautiful families. She is a lifelong Michigan resident who, although loves her city, would sometimes rather live in Hawaii (I wonder during which seasons that would be). Thus she spent much time on the Great Lakes, looking out to big blue water, imagining it is the Pacific Ocean. But not long ago she did buy a home near the beach and she firmly believes that dream came true as a result of her popular Blue Lake series, set in a Michigan beach town. She lived there so long in her imagination that it manifested in real life – which is another thing we have in common. We don’t just dream. We make our dreams come true through intent, action, and the belief that we will receive what we request of the Universe. We use our words to make up our stories. 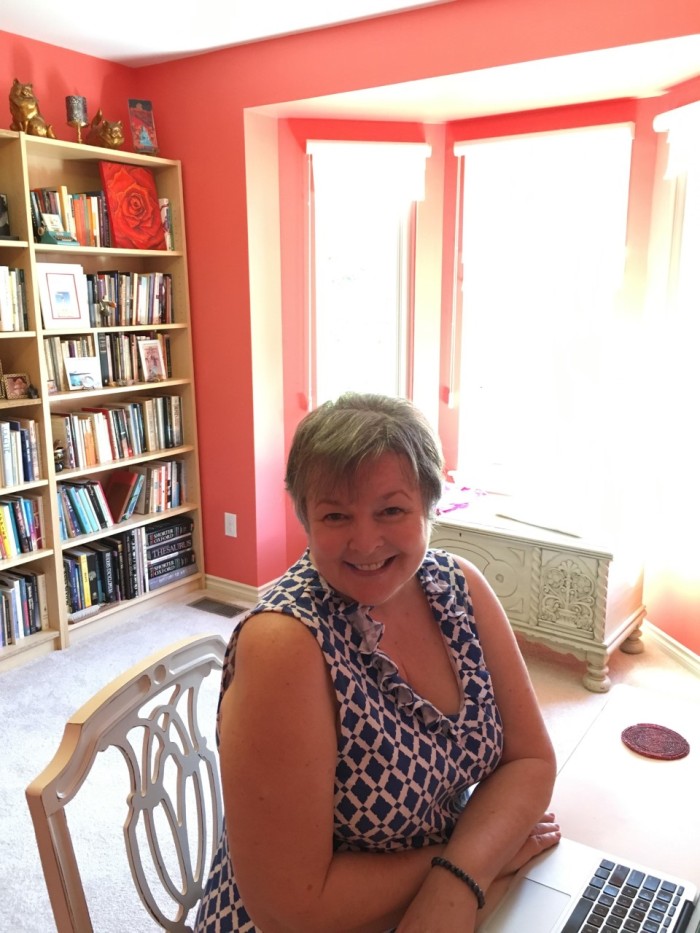