It was such a joy to connect with a woman writer who shares my Mesopotamian roots and my interests in the role of feminism within a patriarchal culture where, Helen Talia says, “We need to end the finger-pointing and place ourselves back on the roadmap to honor our feminine power as we turn to self-care.”

Helen is a CPA, Assyrian feminist, and writer and contributor for the Chicago Tribune. I read her article “Gender and Engenderment” published by the Tribune in 2013 and, appreciating her perspective, felt I must quote her in my upcoming book Mesopotamian Goddesses: Unveiling Your Feminine Power (publication date January 6, 2019 and available for pre-orders). I also invited her to come on my show to further discuss this topic.

The land of milk and honey, known as ancient Mesopotamia and the cradle of civilization, is located between two rivers: the Tigris and the Euphrates. Mesopotamia is mostly modern-day Iraq and Kuwait and parts of Iran, Syria, and Turkey. It is the setting for much of the Old Testament, including the Garden of Eden, the birth of Adam and Eve, and Prophet Abraham.

Some of the most significant developments or inventions credited to the Mesopotamians include writing, the wheel, agriculture, beer, sailboats, irrigation, religious rites, and separation of time into hours, minutes, and seconds (the clock). Many “firsts” were discovered there: laws, contracts, written music, doctors, bicameral congress, mitigation, mathematics, astronomy, and much more.

A great number of stories come from that region, but up until the last hundred years or so, it seemed as if the men had single-handedly built the civilization that influenced the city-states as we know it today. What role did women play in the building of this great empire that gifted us with our modern-day lifestyle? Well, they had plenty of roles which ranged from writing to brewing beer. Every male triad had its feminine counterpart, wrote Russian noblewoman and co-founder of the Theosophical Society H. P. Blavatsky in Isis Unveiled.

In her article, Helen writes that in ancient civilizations such as the Sumerians (3500-1750 B.C.) and in Hinduism (2000 B.C.), where spirituality was more customary, women were regarded in high esteem and hailed as deities, mainly due their ability to procreate. Yet as man strayed away from spirituality and scrimmaged into organized religions, the divine being engendered a male-image (one supreme being), ruler of all, heaven and earth. The dominance that birthed Judeo-Christian, and later Islam, three domineering religions, all founded in the Middle-East, gave way to the very woman, once hailed, to became the ultimate sacrifice – veiling, stoning, honor killing, and female genital mutilation. 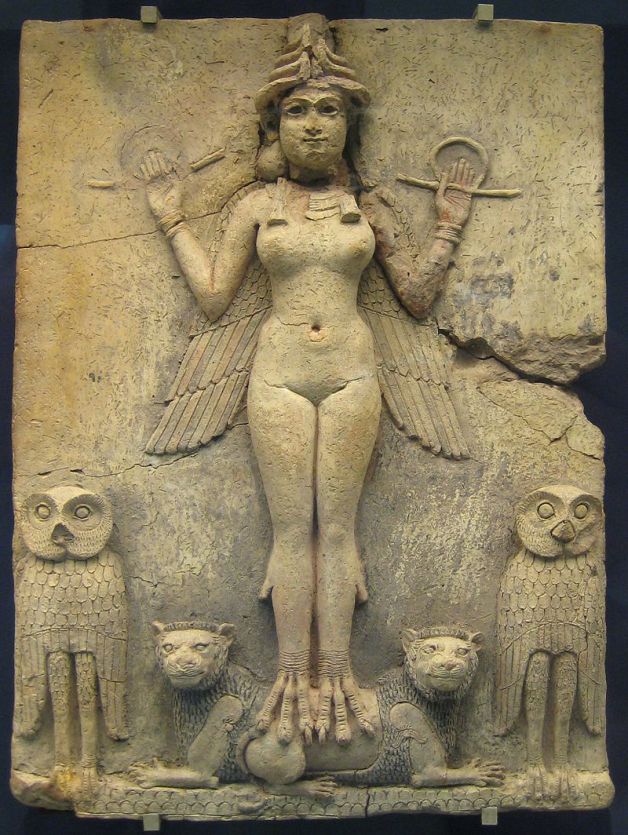 Through the research for Mesopotamian Goddesses, I discovered that there was a design and rhythm to the Garden of Eden, a balance and harmony. Then, women lost their power through a pattern of falsehoods. We live in a time of vision when people are searching for a new and more balanced way of life. To create that balance, we first have to heal the earth by opening up these stories and putting them back onto the page and into our collective memory. To bring forth a transformed understanding of feminine consciousness, and create a healthy marriage in society that’s based on equal male and female energies.

“In the Assyrian culture, without a doubt, motherhood is hailed as the highest role that a woman will take on in her lifetime,” says Helen. “However, in the Western societies, the Assyrian woman has also taken on additional roles, mainly working outside of her home. And while this is a highly praised socio-economic role, the Innana in all of us, without a question, has been neglected… due to pressed schedules, competition, or our own desertion.”

In the year 2013, she pointed out that women who take on social issues are likely to be more outspoken and have a proactive approach that offer change in present systems, yet are also quickly shunned and cast out by their societies which lack democracy in their backbones. And that it is in these same climates that you will find the only women who climax to power are the ones who stand on the crutches of men.

She is right, but things are quickly changing, especially in America where we’re witnessing a rise with women in political, social, and religious roles. Women are stepping up to help restore peace and balance into our lives. Together with their male counterparts, we have a wonderful opportunity create a beautiful future for our children and grandchildren.